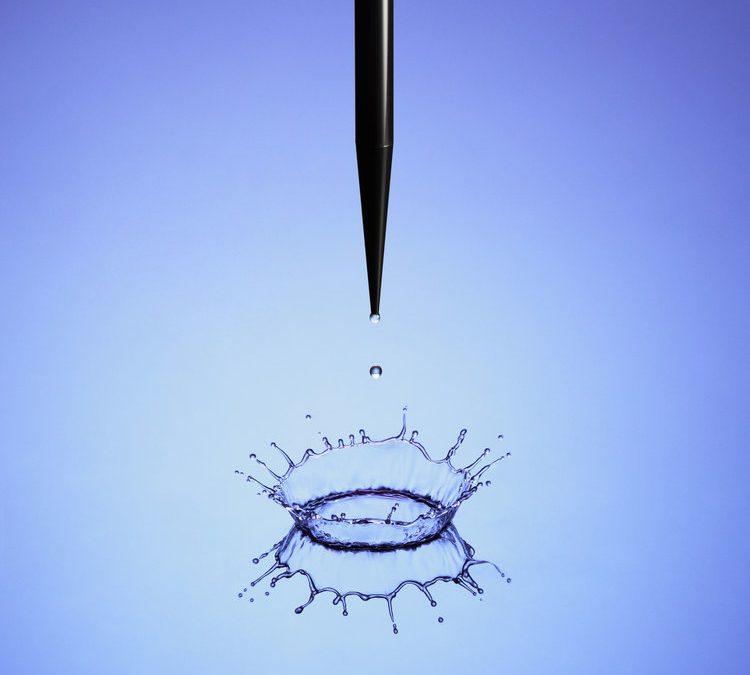 Pipetting with a robotic liquid handler allows a precision, accuracy and reproducibility not possible with manual methods. Day to day performance can be affected by issues with the pipetting instrument or the robotic pipet tips being used. This technical note provides a simple protocol utilizing a fluorometric dye to test instrument and/or tip performance. The protocol described here should be applicable to any liquid handler (e.g. Agilent Bravo, Beckman Biomek FX, Tecan Evo, Cybio … etc)

(i) Determine the linear signal range for fluorescein in your microplate reader.

From the standard curve shown in Figure 1, we have determined that 1 µL of a 5 uM fluorescein solution in CV buffer results in a signal of ~ 400,000 counts which is approximately the mid-point of the linear range for fluorescein (100,000 to 600,000 counts).

(ii) After determining the optimal fluorescein concentration (after dilution in CV buffer), make enough to fill a standard automation reservoir. For example, 100 mL is enough to fill an upside down tip box lid which a popular option.

(iii) Fill each well of a 384 well white microplate with 60 µL of CV buffer. Note: black microplates can also be used but the standard curve would need to be repeated in these microplates.

(iv) Using Fluotics Tecan Freedom Evo or Tecan Fluent compatible automation pipette tips, an Evoware liquid handling protocol was created to transfer 1 µL of fluorescein from the reservoir to each well of the 384 well microplate previously filled with 60 µL of CV buffer from step iii. an Evoware liquid library was iteratively modified to optimize the accuracy and precision of the 1 µL transfer.

(vii) Determine the % coefficient of variation across the 384 well microplate by dividing the standard deviation by the average signal of the entire microplate. 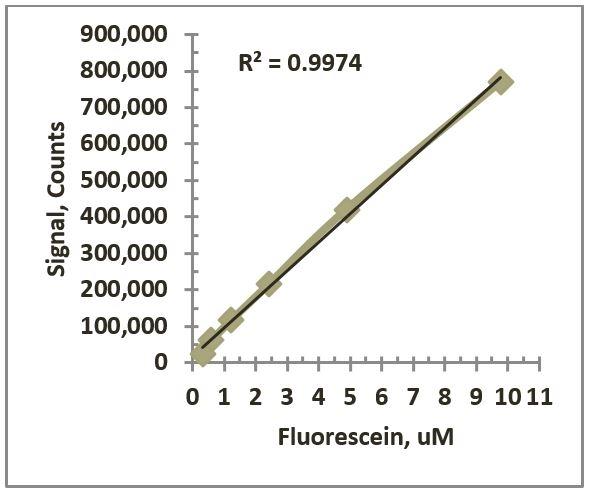 Figure 1. Example fluorescein standard curve showing average signal counts across the linear range (n = 16). Fluorescein was dissolved in 100% DMSO to 10 mM then manually serially diluted in a 384 well plate row-wise with a 16 channel pipettor. 1 µL from quadrant 1 of the serially diluted plate was transferred (using a Tecan Freedom Evo with a 96 MCA head) to a 384 well white microplate (Greiner catalog no. 781207) containing 60 µL of CV buffer. The microplate was then centrifuged for 60s at 1000 x g and read in a PerkinElmer Victor3 microplate reader using a standard FITC filter set at 0.1s per well photomultiplier count time.

Fluorometric dyes provide a simple, fast, and inexpensive method for assessing instrument and/or robotic pipet tip performance. The performance of each lot of pipet tips manufactured by Fluotics is tested for precision and accuracy, in addition to other “real world” tests. These data are provided to our customers when requested.